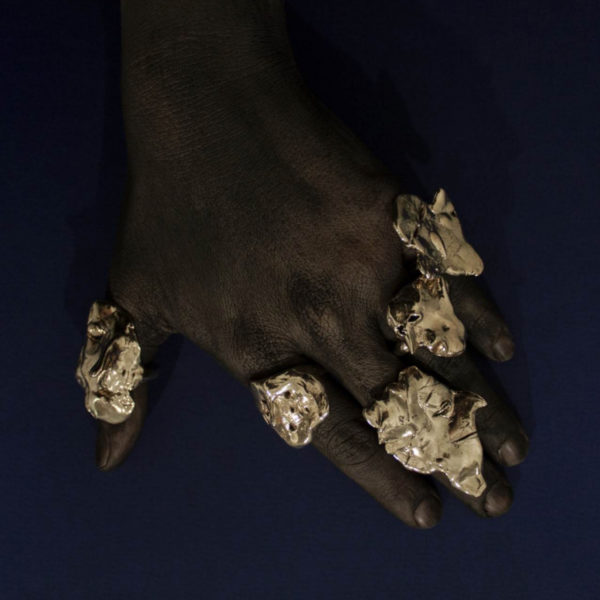 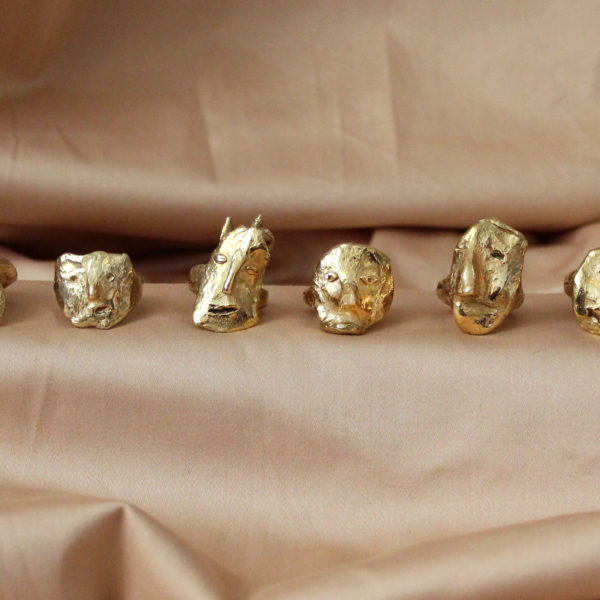 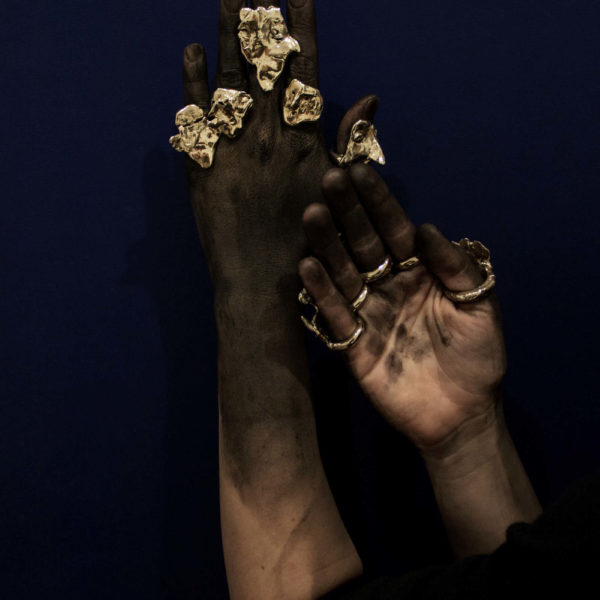 Inspired by traditional tomb keepers found in Egyptian pyramids (Anubis figurines) and Antique Chinese tombs (Han and Song dynasty). The “GraveKeepers” is a set of funeral rings aimed to be worn by the deceased. Each ring symbolically acts as a protector, little blinding shields, during the journey to the other world.

The «rooster» is a commonly used french emblem and symbol that references ancient Gaul and that is often used to incarnate french sport federations.

Jenna Kaës is a French product designer, focused on giving shape to mysticism today. Her objects reflect on people’s unconscious, their love, their fears, and how to memorialize death in a contemporary setting. Her work also includes collaborations with companies which utilize traditional artisanal crafts, designing objects which perpetuate arcane techniques.

KEY TO YOUR HEART SCARF