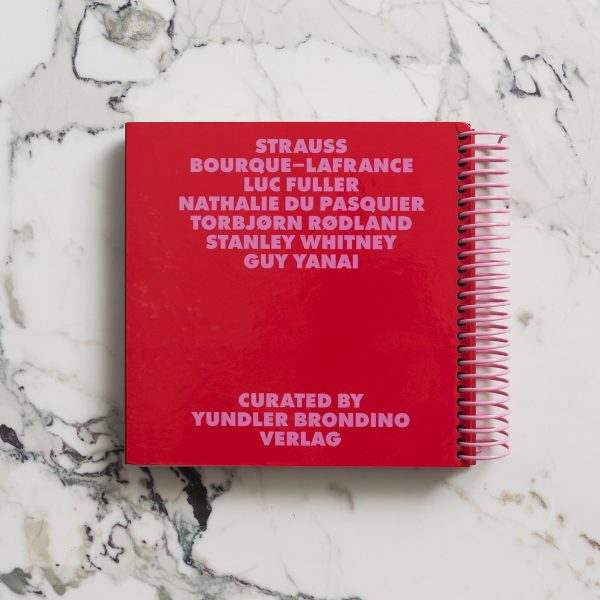 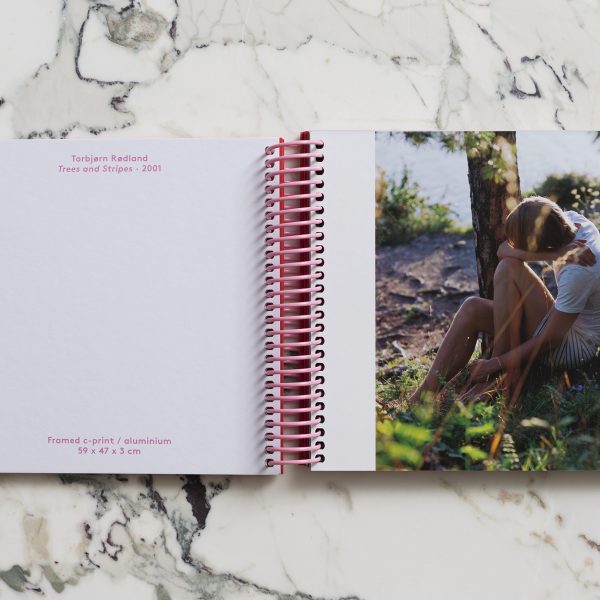 Bisou Magique is published in conjunction with the exhibition of the same name at Galerie Derouillon, Paris from May 19th – June 25th, 2016. The exhibition has been realized, curated and organized by Yundler Brondino Verlag. – Strauss Bourque–lafrance, Luc Fuller, Nathalie Du Pasquier, Torbjørn Rødland, Stanley Whitney,  text by Guy Yanai.

“Oh, those Greeks!  They knew how to live.  What is required for this is to stop courageously at the surface, the fold, the skin, to adore appearance, to believe in forms, tones, words, in the whole Olympus of appearance.  Those Greeks were superficial—out of profundity!”

The exhibition has works by artists of three generations from Europe and from the States. Each of these artists’ works is hand-made, by shall I saw a somewhat traditional technique? Torbjørn Rødland’s Trees and Stripes depicts a young man sitting under a tree; it’s a poetic soft image, almost one that has been snapped in secret. It is a humble photograph, but one that leads to very intricate associations. Stanley Whitney’s work is a humble 12-inch square painting from 20009, titled: Untitled. Luc Fuller’s painting is a square within a rectangle, of grey shapes nowhere. The work recalls many 20th century masters such as Morandi and Guston, and a quiet somber deepness emerges. Strauss Bourque-LaFrance brings a wall work of acrylic and beeswax on basswood from his “USA Objects” project.  Abstract pieces of wood that can reflect a woman’s face. Nathalie du Pasquier’s work in the show is also a square, a one-meter square, again “abstract” but the relations of her work and influence on younger generations  can obviously be seen in Fuller’s work, Bourque-LaFrance’s work and of course my work. Again forms in space that seem to be nowhere. I myself have chosen to show a sculpture that was made in response to walking around Place de la République with Aurore about six months ago. More a 3-D painting than a sculpture it is simply a cafe parasol surrounding Place de la République, the square behind the gallery and the square of the demonstrations and coming together after the January 2015 and November 2015 attacks.

THE SUMMER OF UNDERTONE

CURVES ARE SO EMOTIONAL

THE AGE OF INNOCENCE